The conservation activities of our association were initiated as a reaction on the alarming results of our initial studies in 2007.  These studies not only provided us with new scientific information on the biogeography of the San Martin titi monkey, but also revealed that the high rate of habitat degradation and omnipresent illegal trade in wild animals are serious threat to the future of the species.

Currently, the highest conservation priority for the regional government and many conservation organisations is the protection of the river sources. However, these sources are situated high in the mountains, while the San Martin titi monkey almost solely inhabits the zones below 1000 m.a.s.l., in the watershed of the Mayo and Huallaga rivers. It is important that we broaden the conservation priorities, as we should not only protect the mountain habitat but also the threatened lowland forest and its habitants. PMT supplies the local authorities with current scientific information on the species, which should help them to direct their environmental conservation politics to the protection of species with a high risk of extinction, like the San Martin titi monkey.

The results obtained with the studies were used both by the IUCN (International Union for the Conservation of Nature) and the DGFFS (Ministry of Agriculture, Forest and Wildlife Department) to upgrade the conservation status of the San Martin titi monkey to critically endangered and to prioritize the development of conservation measures.

One of our objectives is to nurture local governments of current scientific information on the species and fauna in general, which allows adapting regional environmental policies to the conservation of species with a high risk of extinction, such as the San Martin titi monkey.

At the same time, PMT encourages the local population to carry out good environmental practices and promotes community conservation initiatives that guarantee sustainability. 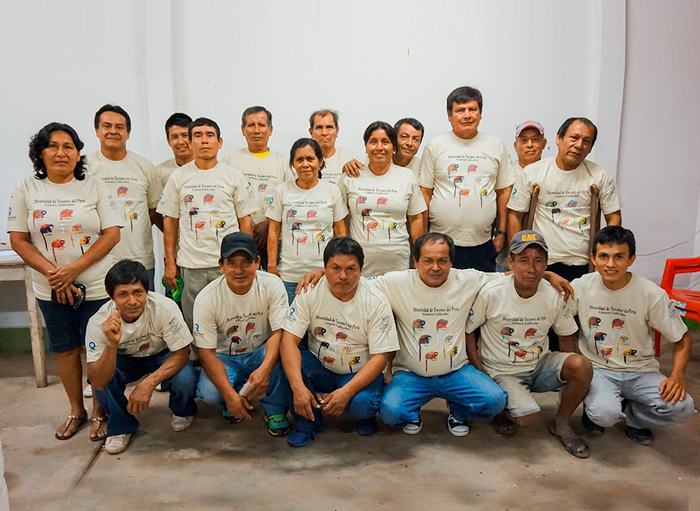