The San Martin titi monkey (Plecturocebus oenanthe) was first described in 1924 by Oldfield Thomas. Most earlier morphological accounts of the species described it as a brownish animal with a white facial mask, while later authors mentioned some variation in the coloration as they encountered individuals with a little marked mask. The extensive studies executed by Proyecto Mono Tocón showed that there are indeed phenotypical differences within the species, with many animals having a very distinctive white facial mask while others are very dark or reddish and with no visible white hairs on the face. Most interesting is that our recent observations show that there is considerable evidence of a correlation between the coloration and distribution range of the species.

As regard to the common name of the species, Plecturocebus oenanthe has often been referred to as the Andean or Alto Mayo titi monkey. However, as the species cannot be found at high altitudes and its distribution is not restricted to the Alto Mayo valley (Bóveda-Penalba et al. 2009), the fact that it is edemic to San Martin led to its denomination as the San Martin titi monkey, reflecting clearly that the species it restricted to this Peruvian department. Locally the species is known as mono tocón, llama lluvia (“rain caller”) or sugkamat (in the native awajun language).

The IUCN (International Union for Conservation of Nature) has classified as species as Critically Endangered. In 2012 the San Martin titi monkey was added to the list of the World’s 25 Most Endangered Primates,   insisting on urgent conservation measures to prevent its extinction. 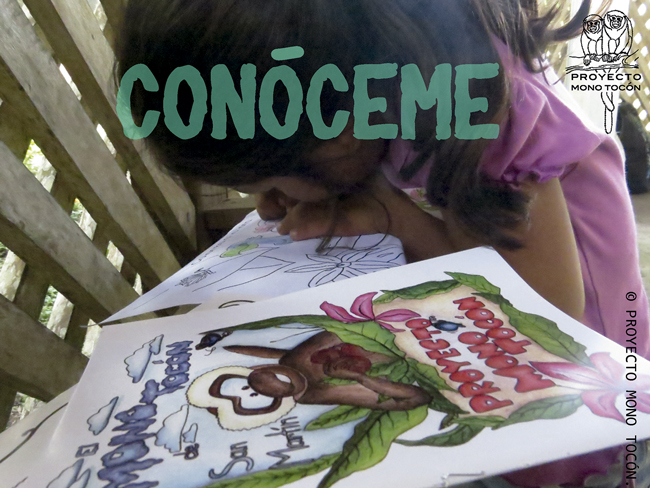