Early studies mentioned that the species has a preference for tropical forest at altitudes between 750 and 950 m.a.s.l., in secondary forest or semi-inundated forest (DeLuycker 2006, 2007). Mark (2003) encountered the species at a maximum distance of 20 meters from rivers and inundated areas, and suggested that this could indicate a preference of the species for this type of habitat. Studies from Proyecto Mono Tocón showed that the species can also be found in other habitats, far from water sources, and at altitudes much lower and higher than earlier mentioned (216 to 1300m.a.s.l.). 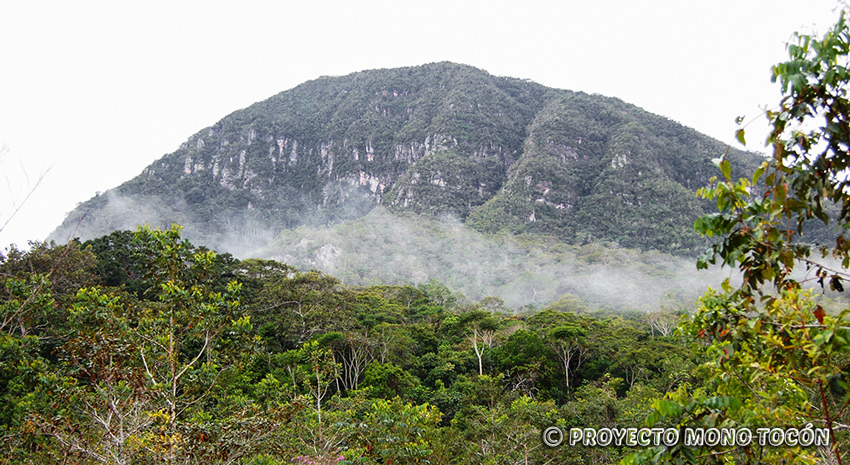 The San Martin titi monkey lives in the same region as two other endemic and endangered primate species, the Yellow-tailed woolly monkey (Lagothrix flavicauda) and the Andean night monkey (Aotus miconax). However, as these species live mostly at higher altitudes in the mountains bordering the distribution range of the titi monkey, they will never or rarely encounter and therefore do not live in sympatry.

San Martin titi monkeys have been observed in different forest types, including humid rainforest and tropical deciduous dry forest. Just like other species of titi monkeys, they also seem to prefer forest edges and secondary forest. Titi monkeys can often be found on the lower levels of the forest canopy.

The species is basically frugivorous, but supplements it daily diet with insects, leaves and flowers.

Titi monkeys live in small family groups of a breeding pair with up to four infants. They are very territorial, and defend their territory with loud morning vocalisations at the boundaries. The size of their home range differs from 0,5 to 20 hectares and probably depends on the quality of the forest. Home ranges of different groups can overlap.

Every year a breeding female gives birth to a single offspring. Within 48 hours after birth the male starts carrying the baby. Older siblings may also take over the baby for restricted periods. Grooming between group members is common, especially at the end of the day, just before sleeping.

A typical behaviour of titi monkeys, which is not reported from most other primates, is tail-twining. When two or more animals sit side-by-side on a branch, they twine their tails. By the time the group settles down to sleep for the night, all animals in the group have their tails entwined. Tail-twining probably serves to strengthen intra-familial social relationships.

The little research conducted on San Martin titi monkey shows that their biology is comparable that that of other titi monkey species. 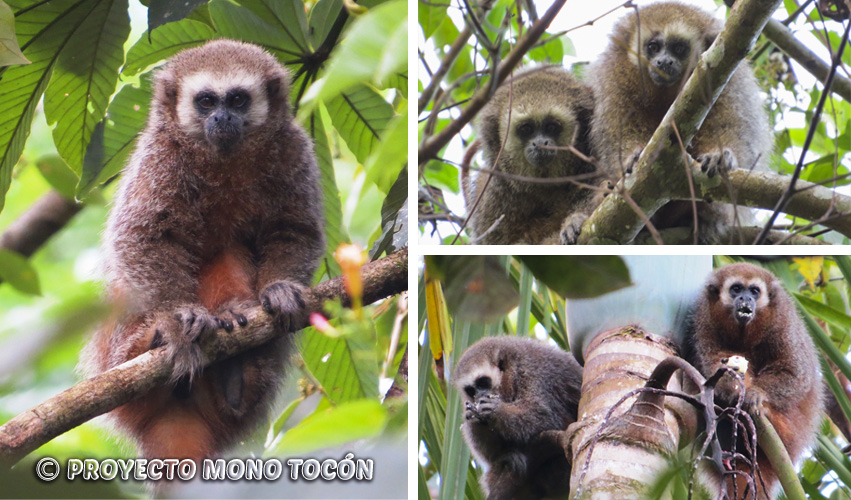 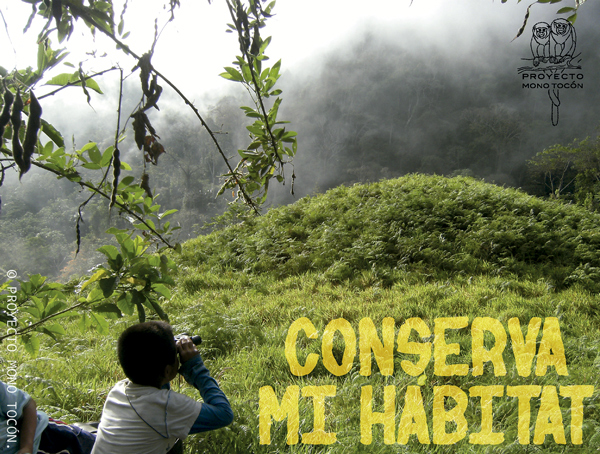