We focus on the protection of the habitat of the species.

In 2007 we began with extensive surveys to study the distribution range of the species and to shed light on some taxonomical uncertainties. More than 300 localities were visited and many titi monkeys were heard or observed. These surveys generated sufficient data, at the discretion of IUCN, to determine the current threat status of the species, promoting the necessary mechanisms for its protection.

The studies carried out within this project have recognized priority habitats, morphological variations in the species and situations of sympatry and allopatry. Undoubtedly, data of special interest to initiate appropriate conservation measures to safeguard one of the 25 most threatened species of primates in the world.

Subsequent density studies correspond to the need to obtain specific information from P. oenanthe populations, in order to initiate the best possible conservation strategies. The study revealed large differences in density between different forest areas (edge or core) and habitats (dry or humid), resulting in the estimated density of 12 to 65 individuals/km2.

In coordination with Duke University, we carried out a connectivity study that served as a first diagnosis of the fragmentation of the habitat of the San Martin titi monkey.

Proyecto Mono Tocón currently conducts studies on social behaviour and diet of San Martin titi monkeys, while working with several titi monkey groups that have been habituated to our researchers. 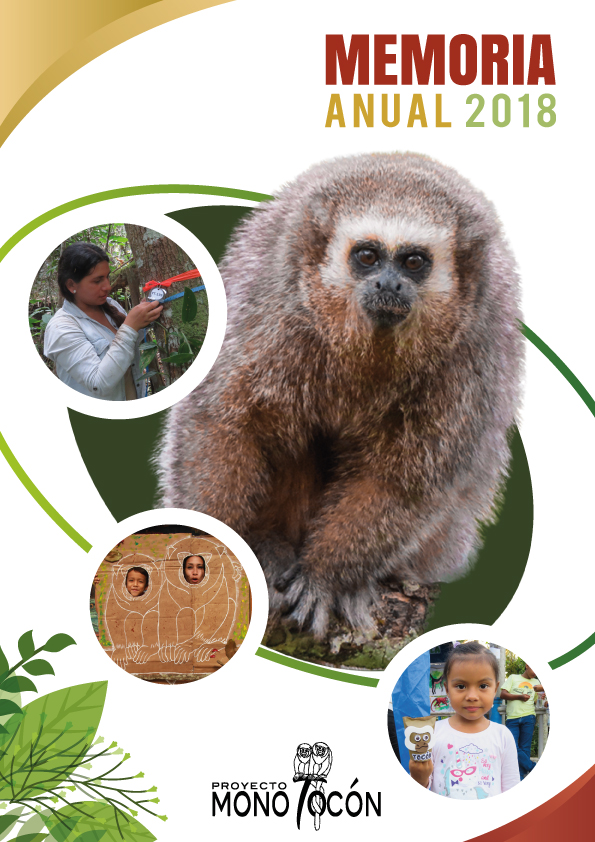